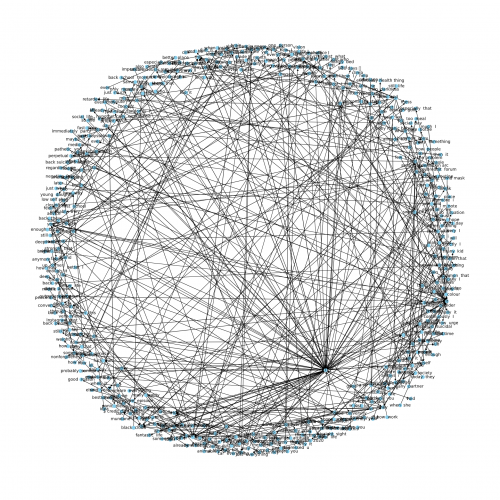 represents a collection of interlinked descriptions of entities – objects, events, or concepts. Basically, it is a way of finding relationships within the data and storing it in a format that allows to leverage it for data integration, advanced analytics (like clustering the data on same link types), etc. Some industries have greatly benefited from the use of Knowledge Graphs for instance The Google Knowledge Graph is a knowledge base used by Google and its services to enhance its search engine’s results with information gathered from a variety of sources.

is connection models that capture the dependence of graphs via message passing between the nodes of graphs. Unlike standard neural networks, graph neural networks retain a state that can represent information from its neighborhood with arbitrary depth. Although initial attempts at training GNN have been very difficult, but with advances in architecture and parallel computing, several variants of GNN have been proposed like graph convolutional network (GCN), graph attention network (GAT), gated graph neural network (GGNN) which have demonstrated ground performances in many of the traditional machine learning tasks.

Directed Graph: The nodes in this type of graph have a relationship among themselves i.e., a set of objects (called vertices or nodes) that are connected together, where all the edges are directed from one vertex to another. A directed graph is sometimes called a digraph or a directed network.

Graphs with Edge Information: In this variant of the graph, each edge has additional information like the weight or the type of the edge.

Dynamic Graphs: Another variant of the graph is a dynamic graph, which has a static graph structure and dynamic input signals. To capture both kinds of information, DCRNN(Diffusion Convolutional Recurrent Neural Network) first collect spatial information by GNNs, then feed the outputs into a sequence model like sequence-to-sequence model or CNNs.
They extend static graph structure with temporal connections so they can apply traditional GNNs on the extended graphs.

3. Use-case: Understanding the concept by discussing a real-world problem:

Problem statement: To create a Knowledge graph from web scraped Reddit data and to use GNN to perform sentiment classification on it.

Step 1: The first step is the creation of Knowledge Graph tuple dataset (Source, Edge, Target)from the scraped data, this involves employing several lemmatization and tokenization techniques as the data in the scraped form will have to be converted into proper nodes and edges. The idea behind this is to divide the sentence into three chunks -> Subject, the main verb, object where the main verb and object is basically the predicate part of the sentence. The subject will become the Source, the main verb the edge, and the object the target.

Eg: given sentence: I am sorry for you

* use of lemmetization breaks down the words in their root form thereby eliminating repetitions and duplication in Tuple creation.

The network library provides an easy and robust Knowledge graph creation from different data sources. The API(from_pandas_edgelist) to create a KG from the pandas data frame is very useful when the data is present as a tuple in the data frame.

4. Python Libraries to get one started with KG and GNN