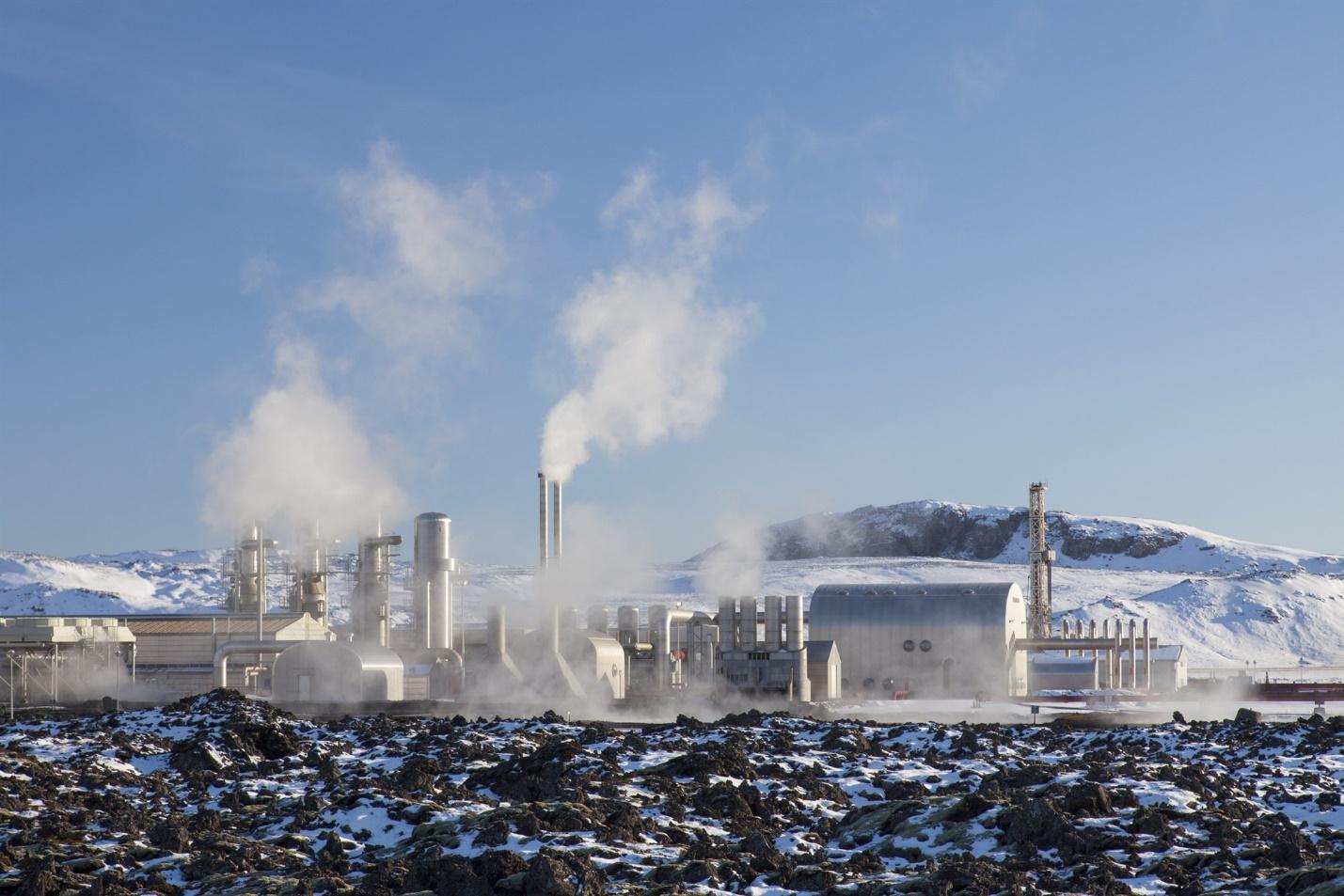 In today’s world major oil and gas companies have been scrambling to make the most ambitious climate commitments in the industry, planning a pivot to clean energy, talking about net-zero emission bills, solar, and wind. Renewable energy that is derived from natural processes and replenished at a rate that is equal or faster than the rate at which they are consumed is the key to clean energy. There are various forms of renewable energy, deriving directly or indirectly from the sun, or from heat generated deep within the earth. They include energy generated from solar, wind, biomass, geothermal, hydro-power and ocean resources, solid biomass, biogas, and liquid bio-fuels. Geothermal energy is the form of clean energy that has eventually rise to prominence. In simple terminology, Geothermal energy is the heat from the Earth’s mantle brought to the surface and is used for heating and, more importantly, electricity generation. Iceland is a wonderful example of successfully harnessing geothermal energy. Geothermal energy can be tapped anywhere in the world, not only in Iceland. You just need to know exactly where and how to drill for it. Today a large number of oil and gas industries have stopped drilling and extraction that has been done for years. The oil and gas industry veterans have decided to go down the clean energy road with geothermal projects. And according to them, geothermal is the future of the energy industry, along with solar and wind. 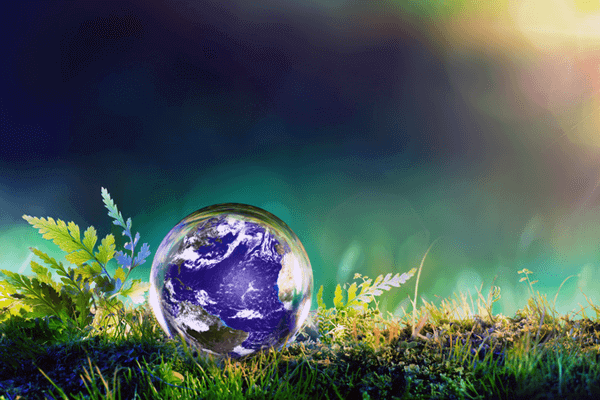 What are Geothermal Power Plants? 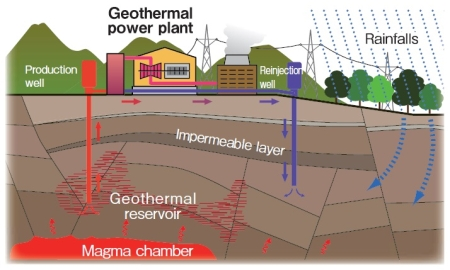 Geothermal power plants are used to generate electricity by the use of Earth’s internal thermal energy i.e., Geothermal Energy. The main source of geothermal power plants in Earth’s heat energy instead of the boiler of a coal plant or the reactor of a nuclear plant, although all essentially work the same. The power plant is fed by hot water or stream which itself is extracted through a series of wells. Hot water pulled up from the ground is usually returned back to the surface. The rate of water used is often larger than the rate of water returned, so make-up water supplies are generally needed.

Seismic sections from the Roosevelt Hot Springs Geothermal Area Utah are a major hydrothermal reservoir that is structurally dominated by a fault intersection. Two predominant structural features constrain the reservoir (i.e., the Opal Mound Fault and the Negro Mag Fault). The recorded flow of one of the hot springs in 1908 was 38 l/min with a temperature of 88°C. Measurements in 1950 produced a 4 l/min flow rate from the springs at a temperature of 85°C, and by 1957 the flow from the springs was minimal, with a recorded temperature of 55°C. By 1966 the springs had dried up. The proposed heat source for the Roosevelt geothermal area is a plume of partial melt material underlying the central to the western Mineral Mountains. 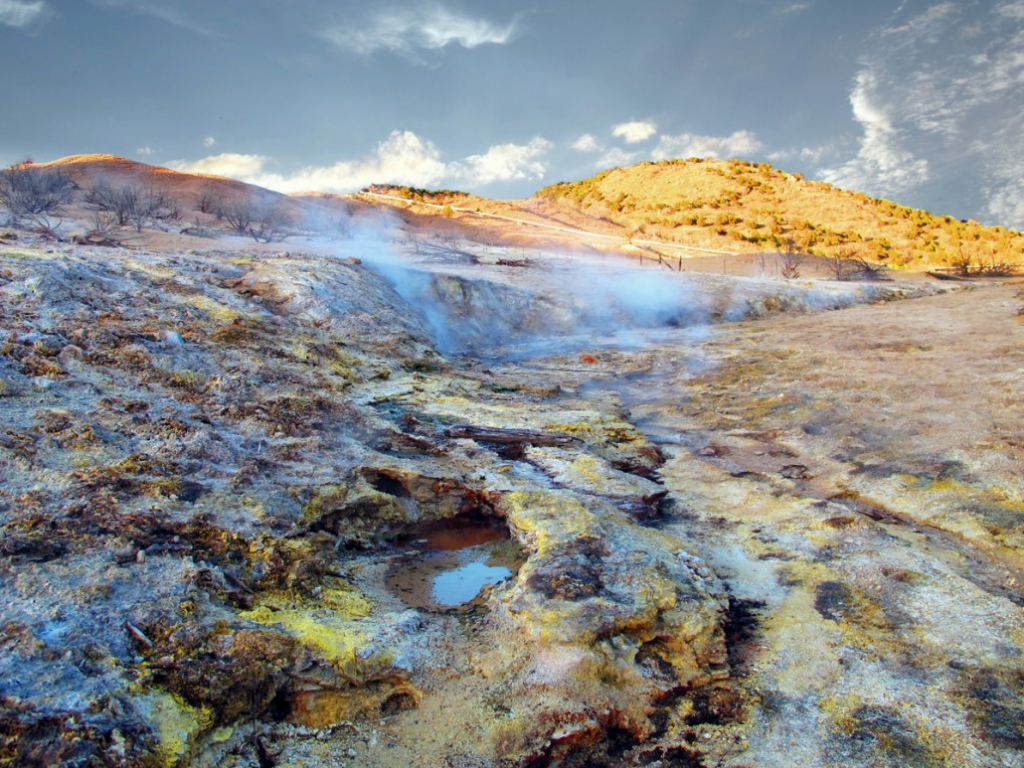 How AI can help in detecting Geothermal reservoirs?

AI is used in automating seismic facies identification. The training process starts with annotating seismic images to generate labels and then training an ML model. 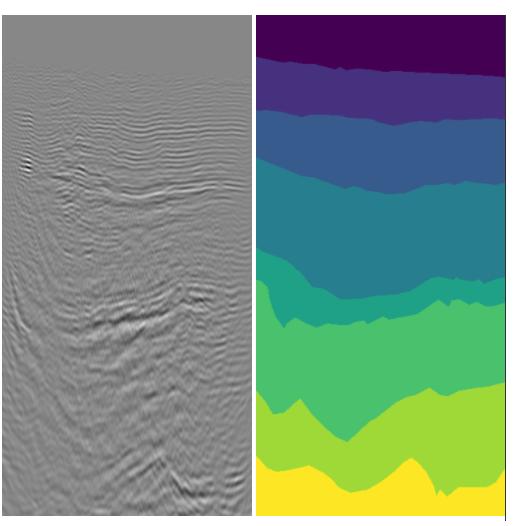 Processed Seismic Data was annotated and segmented into 8 classes based on prominent horizons visible. Seismic Section of size 643X271 and 250X271 was used to generate patches of size 40X40 with a stride of 10 instead of half the size of patch i.e., 20 in order to increase the number of training examples. Training set consists of Seismic data from inline 1 to 271 while seismic data from inline 272 to 321 was used as a test set. A total of 2407 patches were generated for the training set out of which 20% (482) was used as a validation set. Test Seismic Section of size 643X50 derived from inline 272 to 321 was used to generate 122 patches. Data Augmentation like Random rotation of patch with no more than 10 degrees, random noise addition, and random horizontal flip was used in the data. We used EarthAdaptNet (stay tuned for our upcoming paper that explains this state-of-the-art architecture)  with Encoder-Decoder Pair Architecture to train our model. A batch size of 32 was used while training the model. The cross-Entropy was used as a cost function. Adam optimizer with a learning rate of 0.001 was used to optimize the parameters of the network. Training continued up till 50 epochs.

Detailed discussion on our proposed network architecture, EarthAdaptNet, can be read in our next blog “EarthAdaptNet for Seismic Imaging”